Napoleon Hill on Love and Romance (Think and Grow Rich) 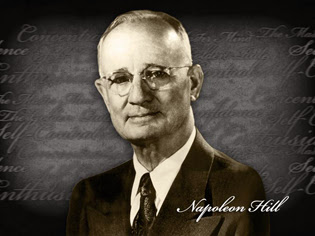 Love, Romance, and Sex are all emotions capable of driving men to heights of super achievement.


Love is the emotion which serves as a safety valve, and insures balance, poise, and constructive effort. When combined, these three emotions may lift one to an altitude of a genius.

There are genii, however, who know but little of the emotion of love. Most of them may be found engaged in some form of action which is destructive, or at least, not based upon justice and fairness toward others.

If good taste would permit, a dozen genii could be named in the field of industry and finance, who ride ruthlessly over the rights of their fellow men. They seem totally lacking in conscience. The reader can easily supply his own list of such men.

The emotions are states of mind. Nature has provided man with a "chemistry of the mind" which operates in a manner similar to the principles of chemistry of matter. It is a well known fact that, through the aid of chemistry of matter, a chemist may create a deadly poison by mixing certain elements, none of which are--in themselves.

harmful in the right proportions. The emotions may, likewise, be combined so as to create a deadly poison. The emotions of sex and jealousy, when mixed, may turn a person into an insane beast.

The road to genius consists of the development, control, and use of sex, love, and romance. Briefly, the process may be stated as follows:


Control comes from persistence, and habit.

The secret of control lies in understanding the process of transmutation. When any negative emotion presents itself in one's mind, it can be transmuted into a positive, or constructive emotion, by the simple procedure of changing one's thoughts.

THERE IS NO OTHER ROAD TO GENIUS THAN THROUGH VOLUNTARY SELF EFFORT!

A man may attain to great heights of financial or business achievement, solely by the driving force of sex energy, but history is filled with evidence that he may, and usually does, carry with him certain traits of character which rob him of the ability to either hold, or enjoy his fortune.

This is worthy of analysis, thought, and meditation, for it states a truth, the knowledge of which may be helpful to women as well as men. Ignorance of this has cost thousands of people their privilege of HAPPINESS, even though they possessed riches.

The emotions of love and sex leave their unmistakable marks upon the features. Moreover, these signs are so visible, that all who wish may read them. The man who is driven by the storm of passion, based upon sex desires alone, plainly advertises that fact to the entire world, by the expression of his eyes, and the lines of his face.

The emotion of love, when mixed with the emotion of sex, softens, modifies, and beautifies the facial expression.

No character analyst is needed to tell you this--you may observe it for yourself.


The emotion of love brings out, and develops, the artistic and the aesthetic nature of man. It leaves its impress upon one's very soul, even after the fire has been subdued by time and circumstance.

Memories of love never pass. They linger, guide, and influence long after the source of stimulation has faded.

There is nothing new in this. Every person, who has been moved by GENUINE LOVE, knows that it leaves enduring traces upon the human heart.

The effect of love endures, because love is spiritual in nature. The man who cannot be stimulated to great heights of achievement by love, is hopeless--he is dead, though he may seem to live.

Even the memories of love are sufficient to lift one to a higher plane of creative effort. The major force of love may spend itself and pass away, like a fire which has burned itself out, but it leaves behind indelible marks as evidence that it passed that way. Its departure often prepares the human heart for a still greater love.

Go back into your yesterdays, at times, and bathe your mind in the beautiful memories of past love. It will soften the influence of the present worries and annoyances.

It will give you a source of escape from the unpleasant realities of life, and maybe--who knows?--your mind will yield to you, during this temporary retreat into the world of fantasy, ideas, or plans which may change the entire financial or spiritual status of your life.

If you believe yourself unfortunate, because you have "loved and lost," perish the thought. One who has loved truly, can never lose entirely.

Love is whimsical and temperamental. Its nature is ephemeral, and transitory. It comes when it pleases, and goes away without warning. Accept and enjoy it while it remains, but spend no time worrying about its departure. Worry will never bring it back.

Dismiss, also, the thought that love never comes but once. Love may come and go, times without number, but there are no two love experiences which affect one in just the same way. There may be, and there usually is, one love experience which leaves a deeper imprint on the heart than all the others, but all love experiences are beneficial, except to the person who becomes resentful and cynical when love makes its departure.

There should be no disappointment over love, and there would be none if people understood the difference between the emotions of love and sex. The major difference is that love is spiritual, while sex is biological. No experience, which touches the human heart with a spiritual force, can possibly be harmful, except through ignorance, or jealousy.

Love is, without question, life's greatest experience. It brings one into communion with Infinite Intelligence. When mixed with the emotions of romance and sex, it may lead one far up the ladder of creative effort. The emotions of love, sex, and romance, are sides of the eternal triangle of achievement-building genius. Nature creates genii through no other force.

The love which one feels in true friendship is not the same as that felt for one's sweetheart, parents, or children, but it, too, is a form of love.

Then, there is the emotion of love for things inanimate, such as the love of Nature's handiwork. But the most intense and burning of all these various kinds of love, is that experienced in the blending of the emotions of love and sex.

Marriages, not blessed with the eternal affinity of love, properly balanced and proportioned, with sex, cannot be happy ones--and seldom endure.

Love, alone, will not bring happiness in marriage, nor will sex alone. When these two beautiful emotions are blended, marriage may bring about a state of mind, closest to the spiritual that one may ever know on this earthly plane.

When the emotion of romance is added to those of love and sex, the obstructions between the finite mind of man and Infinite Intelligence are removed.

Then a genius has been born!

THE MYSTERY OF SEX TRANSMUTATION

The Tenth Step toward Riches 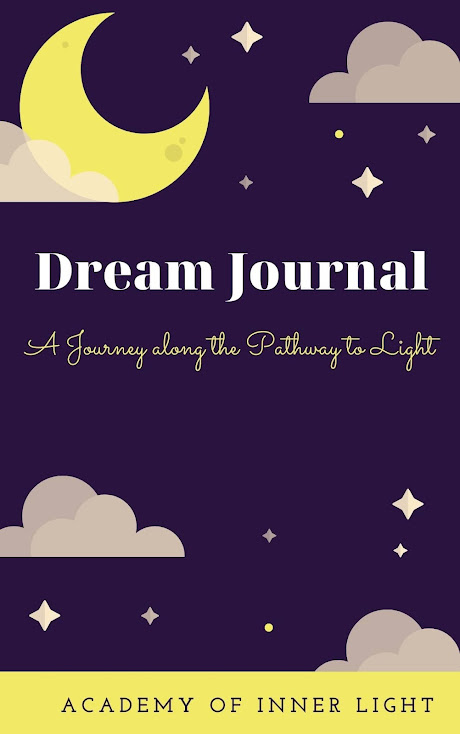 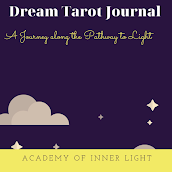 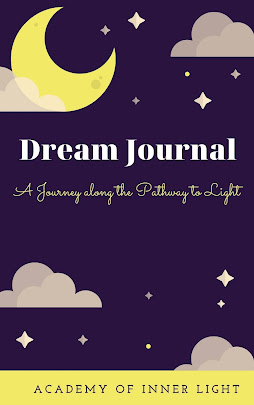 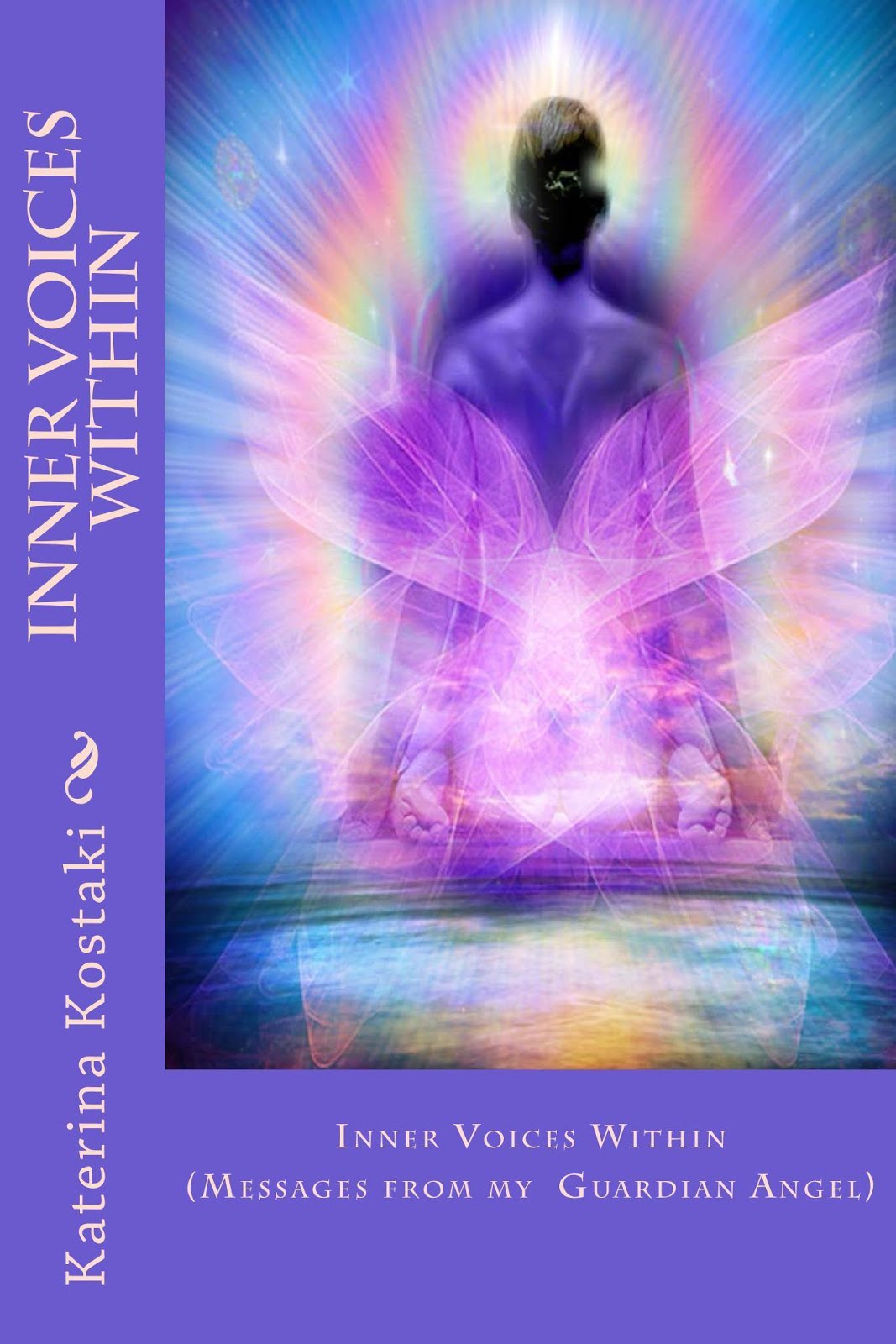 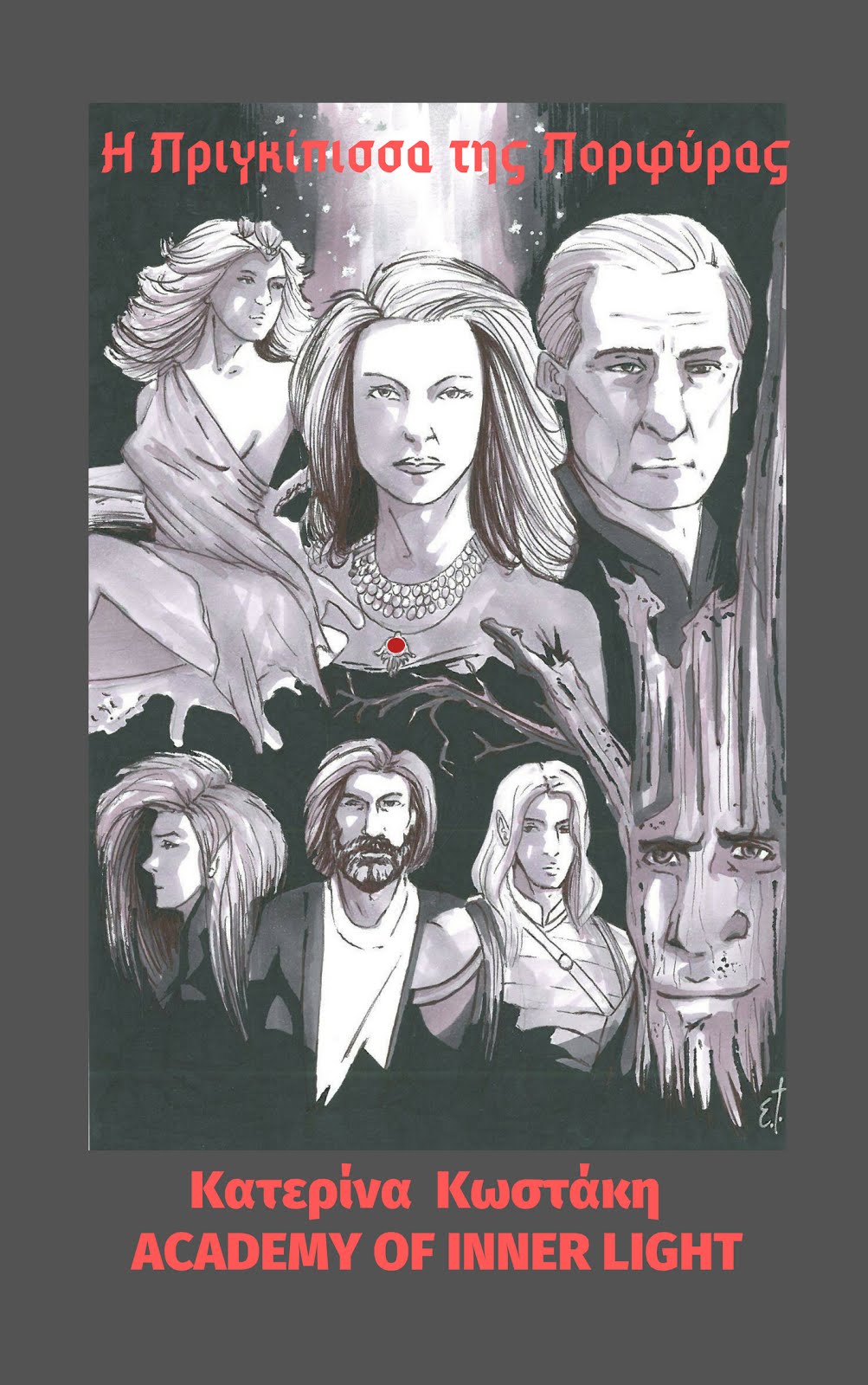 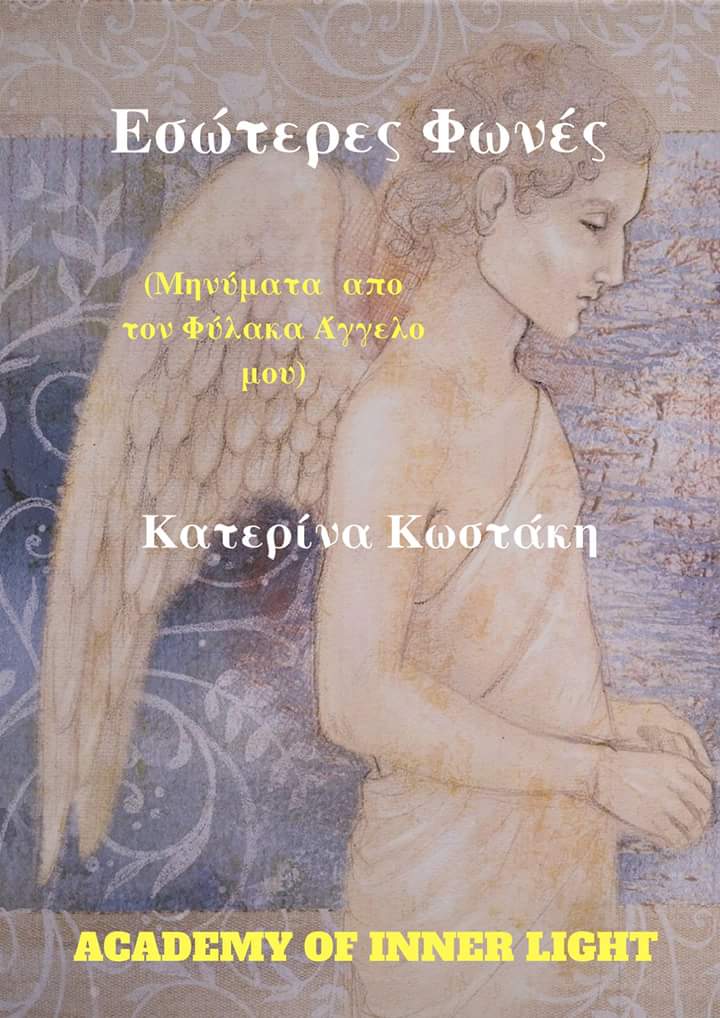 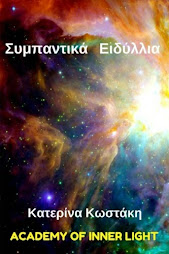 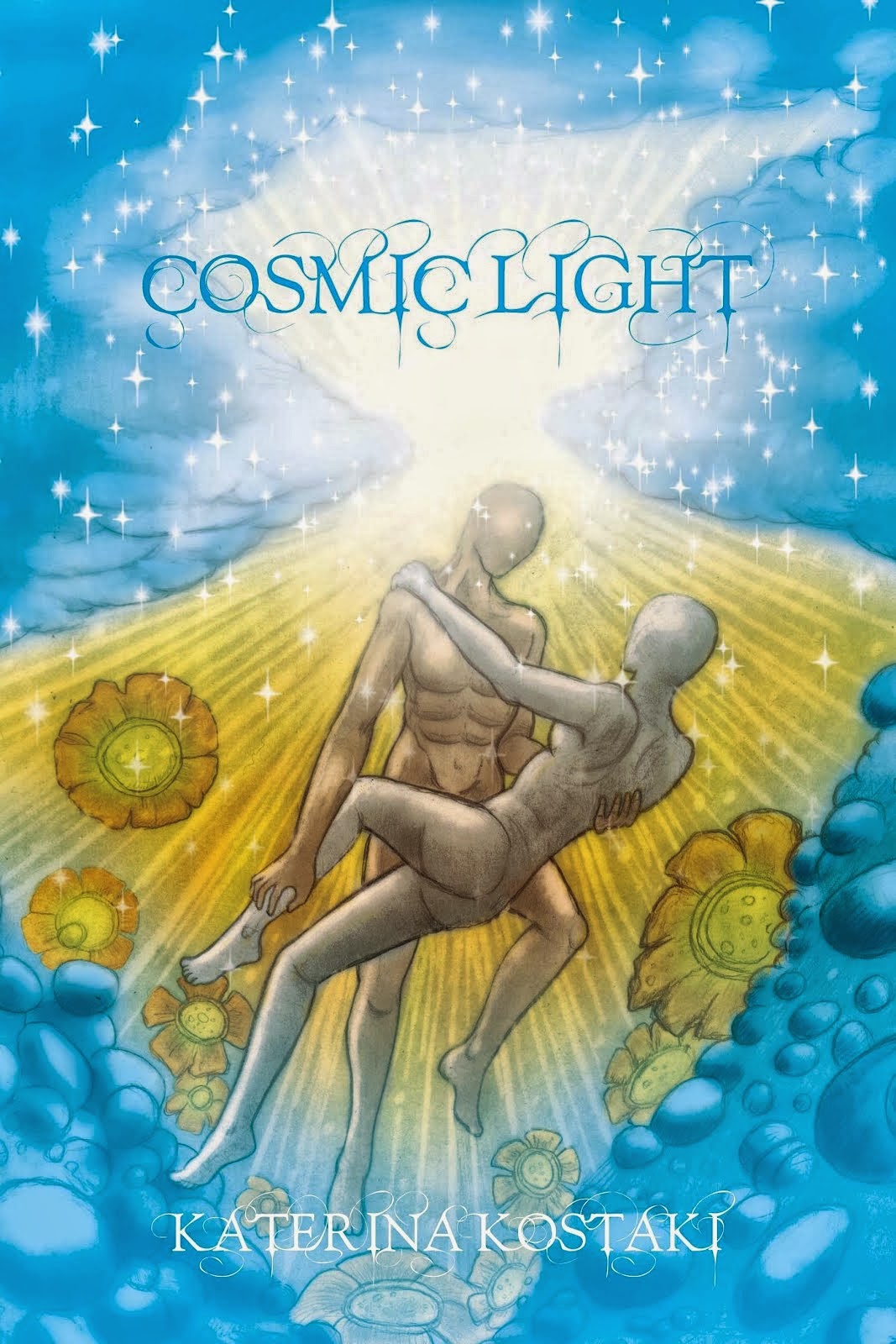 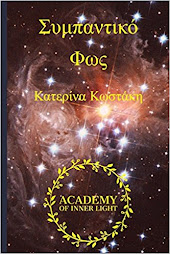 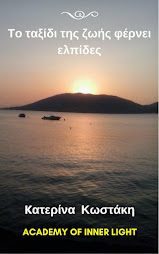 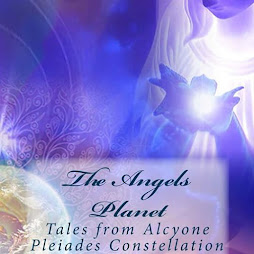